Founding of the South Bend Chapter

Puddy attended Trinity College in DC where she became a member of the college’s Christ Child Society Chapter and got to know Miss Merrick.  When Puddy moved to South Bend, she carried the love of the Christ Child Society with her.  In 1947, she asked 15 friends to join her in forming a chapter.

Growing in Service to Children

As an initial project the chapter furnished infant clothing to families in need. The first layette was presented to a baby born shortly after midnight on Christmas morning. It seemed the Christ Child smiled on this new organization!  Before long, calls were received asking for clothing for older children. The membership decided to add this project to their original proposal.

In summer, 1949, the South Bend chapter was incorporated and a constitution and by-laws were drawn up. They began to raise money with a Holiday Christmas Bazaar, first in members’ homes and later in the St. Anthony School gym. This became a much anticipated annual event in South Bend.

Each Christ Child Society Chapter develops programs that fill needs within their communities and as the South Bend Chapter grew, it implemented several programs.  In December 1951, the chapter began a program to answer letters from children at Christmas and provide them with requested gifts. They  operated a school for intellectually challenged children in the old Studebaker mansion (now Tippecanoe Place) until the South Bend Schools instituted a similar program. The chapter soon realized that warm coats and clothes were needed by children in the harsh Indiana winters and they focused on providing this basic need.

As both the numbers of children being helped and the membership grew, it became clear that the Society needed a home. In October 1954, the organization accepted the use of seven rooms, rent-free, on East Jefferson Boulevard. In 1973 the Society moved to the vacant Sacred Heart Church on West Thomas Street.  The Diocese of Fort Wayne-South Bend not only provided the use of the building but also authorized extensive remodeling and upgrading of the property.

In 2007, the Chapter’s 60th Anniversary year, the Board of Directors began the search for a new location because the number of children and infants served annually had exceeded 4,000. CCS had outgrown the aging Thomas Street building. The former Saint Patrick’s School on Scott Street was underutilized by the parish and in May of 2008, after extensive remodeling, the Christ Child Society moved 3 blocks to its new home.

The South Bend Chapter celebrated its 70th anniversary with a public exhibit at the History Museum, an event that showed the community the extent of its connections and contributions to the children of Saint Joseph County.

By 2019, it became clear that the Clothing Program’s inventory was overflowing the available storage and the chapter wanted to make the clients’ experience with CCS a more positive one.  At the same time, chapter leaders saw potential for new programs and partnerships with community organizations that could blossom with more space.  After an extensive search, the chapter opened its new Clothing Center on Miracle Lane in Town and Country Shopping Center. The excitement of the move was somewhat dampened by the pandemic of 2020, but the remodeling and moving were accomplished, something of a miracle given the circumstances!

On July 14, 2020 Bishop Kevin Rhoades blessed the new Clothing Center and its doors opened to clients on August 12. Video of Blessing

The Christ Child Societies of South Bend and Fort Wayne were featured in the 2015 Annual Bishop’s Appeal.  It is a great way to have a look at some of the programs offered in both areas of Indiana. 2015 Bishop’s Appeal Video 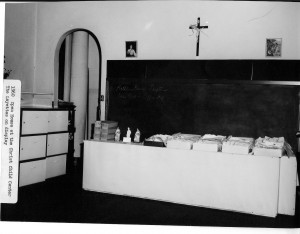 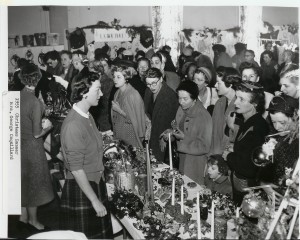 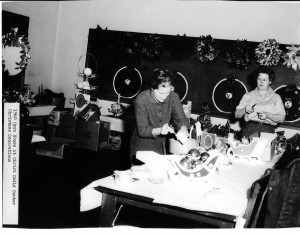 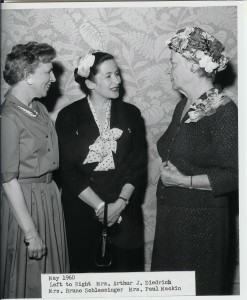 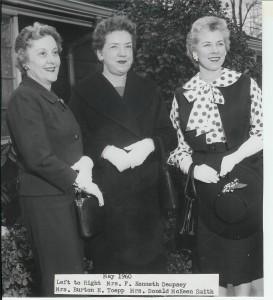 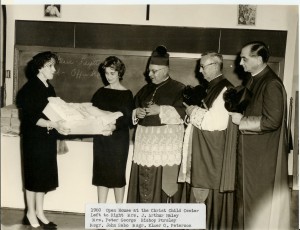 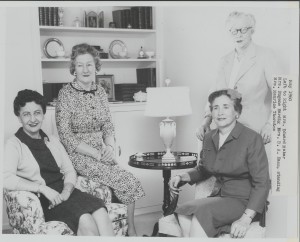 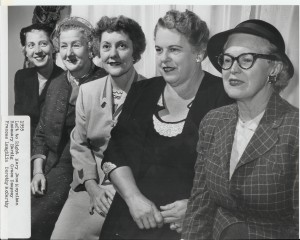 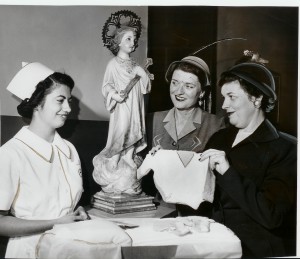